When a new scout group registers for a charter, it has to have a name. The name of the group must somehow be reflective of the community in which the group is located, whether it’s a geological feature, flora or fauna indigenous to the area, a historical event, etc.  We chose to name ourselves in honor of our community’s original land inhabitants, the Tonkawa.  Long before white settlers made their way to the central Texas region, the area was the traditional territory of several original peoples. We would like to acknowledge that we gather on the traditional lands of the Tonkawa, Comanche, Lipan Apache, and the Jumanos nations. We honor with gratitude the land itself and the people who have stewarded it though the generations. We commit to learn how to be better stewards of the land we inhabit, and to learn of the people of whom the land was taken away from.

Before registering the name, we contacted the Tonkawa Tribal Council at their reservation in northern Oklahoma. We explained who we are, outlined our goals as an organization and introduced them to the national  organization we were affiliated with at the time. We asked for their permission to use the name “Tonkawa” to represent our organization as they were among the most prevalent of the native tribes in our immediate region. The tribe had served as “scouts” for Texican settlers and the US Army when they arrived in the area. The Tribal Council approved our request to use the name following their investigating us and careful consideration. They also sent us wonderful items such as their flags, Tribal history and language books and CDs so that we might get to know them better. Even though we no longer hold a charter to a national scouting organization, we have wholeheartedly agreed to keep our beloved group name, just as we maintain our relationship with the tribe for whom it’s named in honor of. We look forward to continuing to work with the tribe in order to help preserve their heritage and teach our 183rd Tonkawans about our namesake. The blessing of the Tonkawa Tribal Council is something we greatly respect, and we plan to work hard to make the Tonkawa Tribe proud.

In June 2018, 2019, and 2021  several of our group traveled to Tonkawa, Oklahoma, to attend the Annual Tonkawa Tribal Powwow. We were able to meet members of the tribe, and witness the beautiful dancing and music. We look forward to attending again, next year. 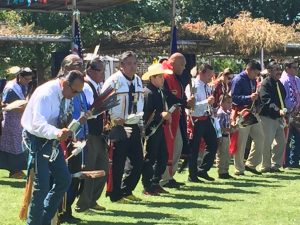 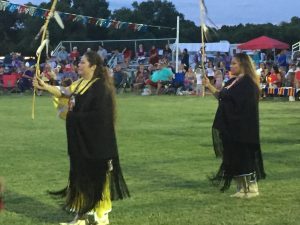 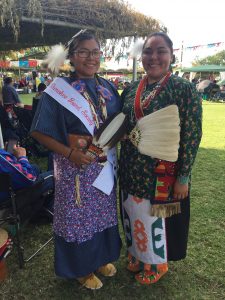 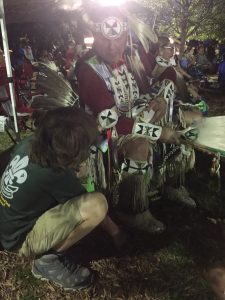 For more information regarding the Tonkawa Tribe, please visit their website at http://www.tonkawatribe.com/